So, last week, I was singing along to a couple of songs in my morning shower. Contemplating life. One of the songs was "Unwritten" by Natasha Bedingfield. Maybe both of those facts are more than you ever wanted to know about me... but it gave me an idea. I was reminded of a quote I once read in Stephen Covey's "7 Habits of Highly Effective People".

Can you really design your life?

Last week, I had an epihphany about work-life design. I was singing along to a couple of songs in my morning shower. Contemplating life. One of the songs was “Unwritten” by Natasha Bedingfield. Maybe both of those facts are more than you ever wanted to know about me… but it gave me an idea. I was reminded of a quote I once read in Stephen Covey’s “7 Habits of Highly Effective People”.

“All things are created twice. There’s a mental or first creation, and a physical or second creation to all things.”

Just a day or so before, I noticed someone wrote in a Facebook group I joined that they created a vision board following our “Unleash the Power Within” event. They were asking if anyone else had success using those. I laughed a little to myself and thought, “I remember those”. My second thought was that I don’t use a vision board… and then… you know, when I was singing along with Natasha in the shower (She wasn’t in the shower. I was!), it struck me. I used a vision board for the first time, about 5 years before.

About 5 years ago, my (now) wife and I were renting. We were engaged but not yet married. I owed more on my car then when I initially purchased it, 3 years before. I could barely afford a cup of coffee and my wife and I would venture out for dinner about once every few months. Dinner wasn’t a flash restaurant. Rather, it was chicken schnitty (in Australia we shorten the word schnitzel because it’s too long) and maybe a steak if it was pay day. Even then, I wondered how I would pay for dinner and scrape together enough to pay my bills after.

I know, I know. Break out the violins. Really, I’m not telling you a sad story. Simply setting the scene for where I was in my life.

At that time, I created a vision board that included photos of what I wanted in my future. My vision board included pictures and plans of our dream home, photos of a block of land, pictures of the relaxing holiday we would book once we were married, images of my future career and pictures of my new life (or how I hoped that would be).

Where does it begin?

Work-life design is similar to any other design. Our most iconic buildings start with a blueprint and usually some artists impressions of the structure from different angles. This helps sell the dream using visualisation. Plus, it helps those constructing the building understand what the architect is trying to accomplish.

Houses, budgets, businesses and missions to the moon all start with plans. Chefs often create a dish by trial and error but once they find a dish they love, they have a recipe and a method. Recipes are a plan most other chefs can follow to produce strikingly similar results. Sometimes cooking does require subtle arts or techniques, which are difficult to translate into words. A well written recipe, however, can help you create dishes that taste divine.

I remember listening to a Tim Ferriss podcast where he interviewed Debbie Millman, a highly influential and respected designer. When Debbie was a younger girl, she drew a picture of what she imagined her future would look like. She forgot about the picture, until many years later, when someone found it and showed her. Remarkably, the picture had incredible detail in it. Detail that Debbie found herself living all these years later, even though she had forgotten about the picture. Debbie explained she encourages all of her design students to write or draw what their perfect life will look like in 5 or so years. Often, 5 years down the track, her students’ lives closely match the future they imagined in their creative writing.

The 4 Hour Work Week by Tim Ferriss, has a great deal of detail about work-life design. Tim coined the term work-life design and practices what he preaches. Indeed there are more opportunities than ever, for most people, to create the life they want. You don’t need to be rich or own a lot of resources. Resourcefulness or access to resources, is more important than ownership.

What ever happened to my vision?

I forgot about my own vision board because it quikly became irrelevant. Today, I’m living in my dream house on that block of land we photographed. Now married. I love my wife and I love my life. Thanks to a couple of generous wedding guests, we were able to enjoy a relaxing honeymoon in Fiji. We’re not rich but now we can go out to dinner every week or 2, if we want. I’m in a new job, which I love. My vision board was short lived because I achieved my goals more quickly than I ever thought possible. I wrote a clear mission and goals but my vision board helped me make it real.

In every sense, this was my own work-life design. In order to live my life on the best terms, I had to imagine what that would look like for me.

Was I just lucky?

I am lucky. I won’t deny it… but what’s your definition of luck? Bad things have happened in my life but I accept there will always be someone who had it worse. Life will put up barriers no matter who you are or what you want to do.

When I first heard Nick Satonastasso speak at a Tony Robbins event, I realised how lucky I am. Nick was born with no legs, one arm and one finger. He explained it was a heart defect, which caused him to be born like this. I’m not going to steal Nick’s thunder… but he has picked himself up and done some amazing things in his life. He also travels the world as a motivational speaker. He counts his blessings because his heart still beats every day.

So, if you tell me you have it too tough to pick yourself up and try again. If you tell me you cannot build the life you want because the world is against you, I won’t believe you. In the moments after your biggest challenges, when everything seems to be aginast you, that’s when even the smallest victories feel triumphant. 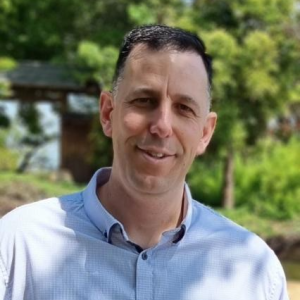